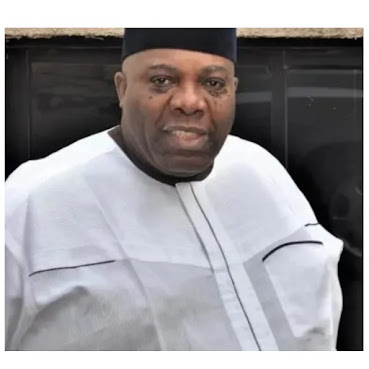 Okupe was found guilty of 26 out of the 59 count charges preferred against him by the Economic and Financial Crimes Commission (EFCC).

Justice Ijeoma Ojukwu ordered that the 26 counts, which attracted 2-year jail terms each, would run concurrently.

She ruled that Okupe should be taken to Kuje Correctional Centre to serve his prison term if he fails to meet the option of fine within the time frame.

The judgement has been attracting reactions.

“He is a movement which has shown that Nigerians want to take back their country from the criminals that have held us down for the past years.

“Okupe has the right to appeal, and until he explores all his legal rights, Nigerians can’t conclude whether he’s guilty or not guilty.

“We are waiting for him to exercise his rights; hence we can’t conclude now, but for the hurricane, nothing will stop him because Nigerians want to recover their country from these vagabonds in power that have held us down for the past 50 years.”

Corroborating Ibegbu’s stance, an Abuja-based activist lawyer, Deji Adeyanju said Okupe’s conviction would not affect the chances of Obi in 2023.

He, however, stressed the need for candidates to do due diligence before appointing people into their campaign council.

In a chat with DAILY POST, the activist insisted that the LP Presidential campaign DG cannot be accused of corruption because he could not decipher if the money he received from ONSA was an illicit fund.

Adeyanju said: “I have now studied excerpts of My Lord, Justice Ijeoma Ojukwu’s judgment in Okupe’s case and can confirm it is a sound decision. The basis of her conviction of Okupe is on the issue of receiving cash above the prescribed N5m for individuals as stipulated in the Money Laundering Act.

“I insist that Okupe wasn’t in a position to know whether the money from ONSA was from an illicit fund and as such no burden can be placed on him because the duty of care will always be on Dasuki, who ought to know.

“However, a crime was committed by accepting cash above N5m by Okupe. Doyin Okupe cannot be accused of any corruption whatsoever because he was not the NSA who stole public funds, but his only mistake is breaching the MLA by receiving cash above the lawfully prescribed sum. And almost all Nigerians make this mistake.

“Furthermore, it is my measured view that keeping Okupe on as DG of Obi’s campaign will not affect him in any way. Yes, I agree that candidates should normally do due diligence before appointing people into their campaign councils.”