PDP crisis: I have no issue with Atiku, Iyorchia Ayu must resign – Wike 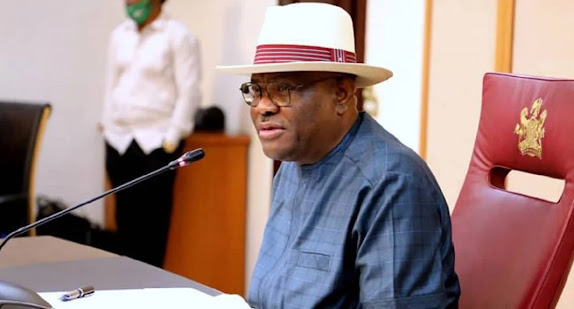 Governor Nyesom Wike of Rivers State has said he has nothing against the Peoples Democratic Party, PDP, presidential candidate, Atiku Abubakar.

Wike said though he lost the PDP presidential ticket to Atiku, he has no axe to grind with the former Vice President.

He spoke in Port Harcourt, the state capital, when he received some chieftains of the state on the occassion of his 55th birthday.

The governor, however, stressed that the solution to the crisis in PDP is for the North to step down as National Chairman of the party.

Wike and his G-5 group have been agitating for the removal of Iyorchia Ayu as the National Chairman of PDP.

They stressed that the North can’t produce the party’s National Chairman and presidential candidate.

Wike and his group demanded that the National Chairman be zoned to the Southern part of the country.

The governor also noted that he never regretted running for the party’s presidential ticket.

“I don’t regret I ran for the presidency. In the name of God, I am happy to make Rivers State proud. I am happy as far I am concerned. If they had allowed it to be what it is supposed to be, I would have won the election. It has happened.

“People said because I lost the election, it doesn’t matter. I didn’t lose election. This is my first time of trying to run for office of the president of Nigeria and we made impact,” he added.