Qatar 2022: I feared my World Cup was over – Neymar opens up on injury hell 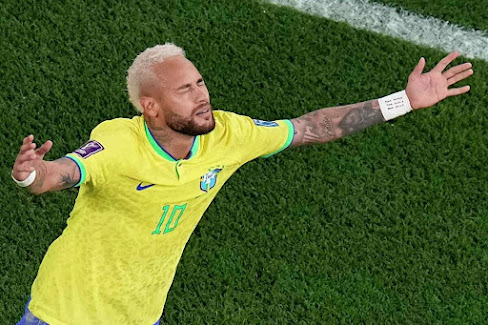 Brazil forward, Neymar has said he feared he would not be able to play at the 2022 World Cup again.

Neymar picked up an ankle injury in the first match against Serbia.

The 30-year-old then missed the rest of the group stages as the five-time winners made it into the Round of 16.

But he made his return on Monday night, as the Selecao outclassed South Korea 4-1 to reach the quarter-finals.

Neymar also found the back of the net, with a penalty that moved him one goal behind Pele’s international record of 77.

“When I got injured, I had a very difficult night.

“I was thinking of a million different things and I was afraid I might not be able to play in this World Cup again, but I had the support of all my colleagues, my family and I tried to look for strength where I could not find it,” Neymar said afterwards.