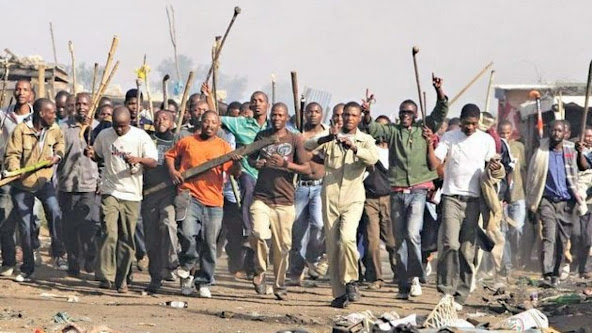 A clash between Vikings and Mafians confraternities in Akwa Ibom State on Tuesday claimed at least five lives in Uyo, the state capital.

The clash, it was gathered, occurred about 6:30 pm on and lasted for over two hours before police and soldiers came to the scene to quell the situation.

A tricycle operator in Uyo who was at the scene of the event, Aniekan Akpainyang, narrated that the incident started following a minor disagreement at a sports betting centre along Ikot Ekpene Road by Ibom Plaza area, adding that the incident triggered the old animosity between the two rival groups.

He explained that a member of the Vikings Confraternity placed a bet of N5,000 but refused to pay after losing the game noting that the shop attendant did not allow him to go insisting that he must drop his cellphone or any other vital belongings.

He further explained that the customer refused to drop any of the items. Rather, he called his members who arrived at the scene, beat up the attendant and raided the shop.

The source added that the shop attendant mobilized his members and launched a reprisal attack on the Vikings which resulted in the death of five persons, two at the Plaza area, one at the Ikpa Road junction, close to the University of Uyo town campus, while two others, had earlier been killed at Okokon Etuk Street, some few meters to the Uyo City centre.

The Police Public Relations Officer, Odiko Macdon confirmed the incident in a statement on Wednesday but did not mention the number of casualties.

According to him, the Commissioner of Police, CP Olatoye Durosinmi has condemned the act and promised that the perpetrators would soon be brought to book in accordance with extant laws.

He, however, urged the people to go about their lawful business as security has been beefed up in the area.