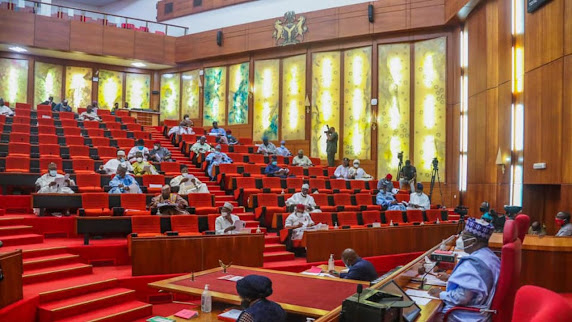 The Senate has commenced investigation into the N978 billion received by the Office of the Accountant General of the Federation from the Service Wide Votes, SWV between 2017 and 2021.

The investigation is coming less than one week after the Economic and Financial Crimes Commission, EFCC said it has collected about N30 billion from the former Accountant General of Federation, Idris Ahmed who is currently being tried for alleged N110 billion fraud.

But the N978billion from the SWV is said to be capital and recurrent expenditures which were disbursed to the ministries, department and agencies of the federal government within the period.

Speaking at the opening of the investigative hearing, the chairman, Senate Public Accounts Committee, SPAC, Senator Mathew Urhoghide (PDP Edo South), observed that there are some releases from the Votes without Authority to Incure Expenditure, AIE and this elicited suspicious by the panel.

Senator Urhoghide disclosed that the Office of the Accountant General only provided memos to back the releases, which he declared was acceptable to the committee.

The chairman, who also expressed dissatisfaction with the submission of the Office of the Accountant General, called for “explanation on bit-by-bit of the expenditures for proper understanding because the figures are enormous and response to the committee is not satisfactory.”

“From what I have seen, we may need time so that we can analyse the expenditure one by one. These figures are enormous and the response is not satisfactory,” he added.

However, the Office of Accountant General of the Federation, represented by the Director of Funds, Sabo Mohammed requested for more time to respond to the issues raised by the lawmakers.

He said: “It will take some time (for the Office to respond), we should do it systematically to save our time and your time, this is a matter of going back and doing them one after the other.

“We have responded to some, we will still go back and separate our own from that of the MDAs.

“We have found out that many of the figures may not be correct.”

The panel chairman, therefore, asked the Office of the Accountant General of the Federation to go back and put the documents together and appear on Thursday.