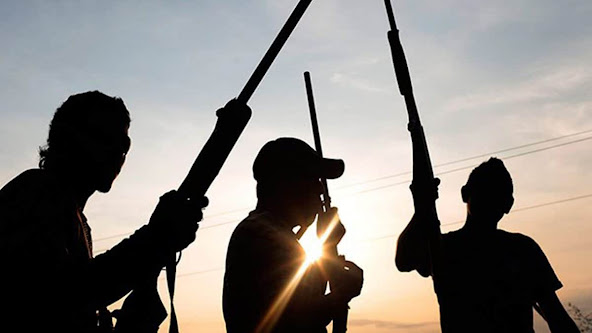 Unknown gunmen again on Wednesday invaded Nwakpu market, one of the popular markets in Ndufu Alike Ikwo, the hometown of the former governor of Ebonyi State, Martin Elechi and set ablaze vehicles and motorcycles.

Saga Gist reports that the unknown gunmen invaded the Nwakpu Market, to enforce the Sit-at-home order declared by Simon Ekpa.

It was gathered that the unknown gunmen have continued to enforce the Sit-at-home order in the area, despite all the warnings of Governor David Umahi.

An eyewitness who spoke anonymously disclosed that the said gunmen stormed the market when traders who came from interior villages and shop owners had opened their stalls for trading.

Recall that the said Nwakpu market is located in front of the Ebonyi State Deputy Governor, Eric Kelechi Igwe’s resident.

The source said the gunmen, came into the market and ordered traders and shop owners to vacate the Market and observe the sit-at-home.

He revealed further that the gunmen after dispatching the traders and shop owners, set ablaze a vehicle and while the owner whose name is yet to be identified, attempted to stop the fire, they (gunmen) shot him in the head and legs.

Similarly, economic activities and other businesses were slightly paralyzed in the capital city, Abakaliki, as fuel stations, banks and event centres were shut down to observe the sit-at-home order by Simeon Ekpa.

Confirming the incident, the Commander of Ebubeagu security outfit, Friday Nnanna Ujor said the attackers are not members of the Indigenous people of Biafra, IPOB, but mere hoodlums who invaded the Nwakpu market to rob traders of their belongings.

He said, “what happened was that some boys invaded the Nwakpu market to rob traders. They are not members of IPOB. This is because the gunmen came into the market with locally-made pistols.

“Ebubeagu is on ground to arrest those boys because we know the clothes they (gunmen) are wearing and so, we are after them.

“We are on track to get them. We are putting on our touch light on them to arrest them. From now till tomorrow, we will apprehend them” he stated.

Also, when contacted for a reaction, the Commissioner of Police Ebonyi State, Aliyu Garba, said he was in transit and could not respond.