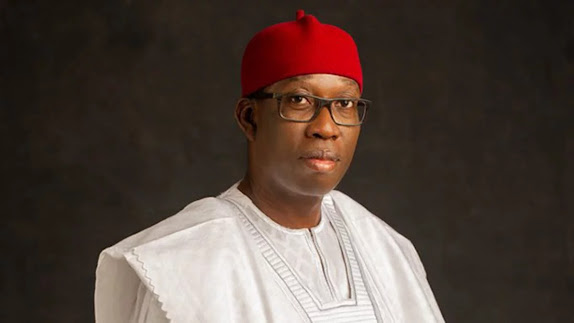 Governor Ifeanyi Okowa of Delta State has been admonished to stop taking credit over projects that his administration never awarded, funded and commissioned in Aniocha North Local Government Council of Delta State.

A chieftain of the All Progressives Congress in Delta State, Hon. Chinye Matthew made this disclosure to newsmen recently.

Matthew, chairman of APC in Aniocha North Local Government Council, claimed that the projects which the governor has been saying he provided for the people of Aniocha North were funded by NDDC.

He regretted that the Onicha-Uku/Issele-Uku Road is in a sorry state, as the two communities have more or less been cut off from each other over inaccessible roads.

The APC party chairman highlighted that the road projects in Aniocha North Local Government Council remain very important owing to the fact that many of the dwellers in rural areas are farmers who contribute to the food baskets of the state.

However, Hon Emeka Nwobi, representing Aniocha North Constituency in the Delta State House of Assembly, rejected the claims, saying that the state governor, apart from road networks, has funded numerous projects in the council for the wellbeing of the citizens.

He stated that work is ongoing at the Onicha-Uku Issele-Uku Road project, the contract of which the state government had awarded and also mobilised contractors to the site.

Nwobi said he and officials of the Delta State Ministry of Works have been supervising the project, which he stated will be commissioned in no distant time.

He advised the good people of Aniocha North Local Government Council to ignore such claims by the APC chairman.