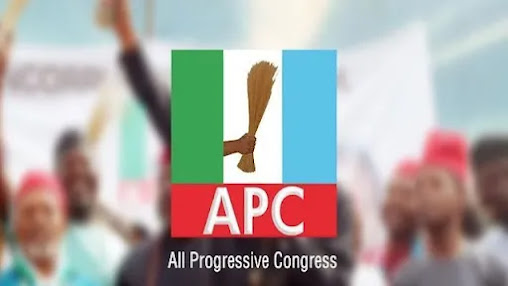 The All Progressives Congress (APC), on Wednesday, prayed a Federal High Court, Abuja, to strike out a suit filed by former Minister of State for Education, Emeka Nwajuba, against its presidential candidate, Sen. Bola Tinubu.

Mr Julius Ishola, counsel to the APC in a suit filed by Nwajuba against Tinubu and others, told Justice Zainab Abubakar shortly after the matter was called for parties to adopt their processes.

The development followed non-appearance of Nwajuba or his lawyer in court.

The News Agency of Nigeria (NAN) reports that the ex-minister, was one of the presidential aspirants in the party’s primary conducted to elect its candidate for the 2023 presidential election.

Nwajuba, in an amended originating summons marked: FHC/ABJ/CS/1114/2022, had sued Mr Tinubu, APC and the Independent National Electoral Commission (INEC) as 1st to 3rd defendants respectively.
Nwajuba is seeking an order of perpetual injunction restraining INEC from accepting the candidacy of Tinubu, who he said was nominated in breach of the law.

The ex-minister, who sought an order mandating INEC to immediately expunge Tinubu’s name from the list of candidates for the 2023 presidential election, sought an order returning him (Nwajuba) to the electoral umpire as the APC presidential candidate on the grounds that his nomination met the requirements of the provisions of Section 90(3) of the 2022 Electoral Act.

NAN, however, observed that when the matter was called for hearing, only the lawyer representing the APC, Julius Ishola, was in court.

Ishola said that he received the notice of hearing of the court that the matter would be coming up at 12pm for adoption of processes.

He said he was ready to proceed on the case.

The lawyer, who said his counter affidavit and preliminary objection were filed on Dec. 19, adopted all his applications.

Justice Abubakar then asked Ishola about his submission on Nwajuba’s lawyer’s absence in court.

Responding, Ishola prayed the court for an order striking out the suit for want of diligent prosecution.

The lawyer said since the plaintiff received the court’s hearing notice and they failed to appear in court showed that they were either not ready to prosecute the case or they had abandoned the matter.

The judge, therefore, asked the lawyer if his processes were served on the plaintiff but Ishola said he could not confirm.

Abubakar, however, said that if she struck out the matter, the plaintiff would complain of lack of fair hearing.

Besides, she said that she was not sure if the plaintiff had received the APC’s application.

“And it is as if they have not received your processes because they have the right to reply,” she said.

In a short ruling, the judge held that since the application filed by the APC, which was adopted by Ishola, had not been served on the plaintiff, “it is here by set aside to give the plaintiff right of reply.”

Justice Abubakar ordered that hearing notices be served on the defendants and adjourned the matter until Dec. 22 (tomorrow).