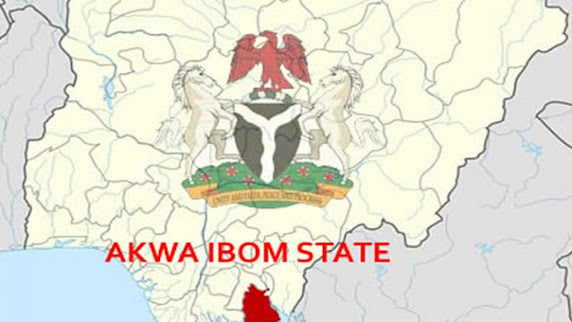 There is tension in the Itam International market and environs following the reported killing of a tricycle operator by a Truck driver on Sunday night after a heated argument over the obstruction of access road into the market.

An eyewitness, Akan Bassey narrated to journalists in Uyo on Tuesday that trouble started when the truck driver trying to negotiate space to park for easy off-loading of the rice meant for the yuletide was obstructed by a tricycle operator and tables used by traders to display their wares.

He was later reported dead following excessive bleeding and exhaustion before he was taken to the hospital.

Our source said the incident which took place around 7:00pm lasted for over one hour before operatives of Nigeria Police arrived on the scene.

He said, “The truck driver was angry because of the refusal by the tricycle operator and business owners to clear their wares on the road for the truck to be properly parked for the rice to be off-loaded. When he alighted from the truck to try and clear the road, he met stiff resistance, he brought out his matchet and in the process, cut the tricycle man on the head.”

It was learnt the outrage that followed led to the looting of the rice and torching of the truck by hoodlums, leaving dozens of other victims injured while the whereabouts of the driver remains unknown at the time of filling this report.

Meanwhile, the market has been shut down and taken over by operatives drafted from the nearby Itam Divisional Police station, even as the fire combatants from the state Fire Service have been able to contain the inferno and saved the truck from being completely burnt.

Alhassan Sadauki, leader of the Hausa/Fulani community in the town has now waded into the matter and sued for peace from both parties as the truck driver is reported to be a Hausa man.

Sadauki who led a delegation of the Hausa/ Fulani community leaders to a truce meeting with the Divisional Police Officer (DPO), Itam also appealed to the law enforcement agencies to be proactive and diligent in containing the crisis from snowballing into a full-scale ethnic war.

“We are appealing for calm, and urge security operatives to be diligent in their investigations.” He said.