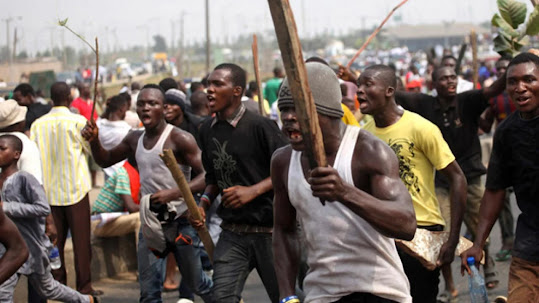 This is the second attack on the main opposition gubernatorial candidate’s office in four months after a similar attack in August.

A statement by Deputy Director-General of Media, Atiku/Dan Barde Campaign Management Council, Junaidu Usman, said: ”There was an attack on the building housing the Barde Campaign Organisation in the early hours today by political thugs, suspected to be that of the sinking APC.

“The cowardly attack on this edifice, one of many in the last months; the present government stand on destruction and violence, a threat to the fragile peace of the state, which must vehemently be rejected by all and sundry.”

Reacting to the allegation, the Director General of Press Affairs to the Governor of Gombe State, Ismaila Uba Misilli, said the main opposition party was looking for cheap publicity.

Confirming the incident, the Gombe State Police Command spokesperson, ASP Mahid Mu’azu Abubakar, said, “Commissioner of Police (CP) has ordered a discrete investigation into the circumstances surrounding the incident, and perpetrators will not go scot-free.”