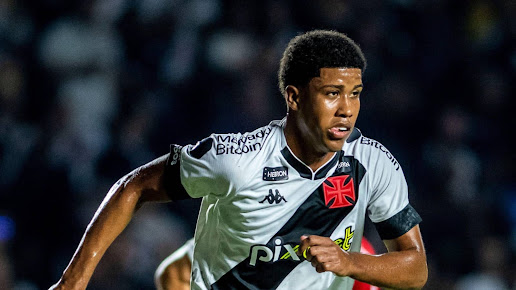 Vasco da Gama midfielder Andrey Santos is heading to Chelsea, according to Globo.

The 18-year-old, who is regarded as one of the best midfield prospects in Brazil, made his first-team breakthrough at Vasco earlier this year.

Top clubs in Europe, including Paris Saint-Germain, Barcelona, Newcastle United and Manchester City are interested in landing the player.

But Globo reports that the Blues have now agreed to pay Vasco a €20 million (£17.5m) fee to sign the young midfielder.

The midfielder, according to the report, is now headed to London to undergo a medical and sign a contract.

Santos has represented Brazil’s national side at under-16 and under-20 level.

Chelsea could be in the market for new midfielders next summer as both Jorginho and N’Golo Kante see their contracts expire at the end of the season.