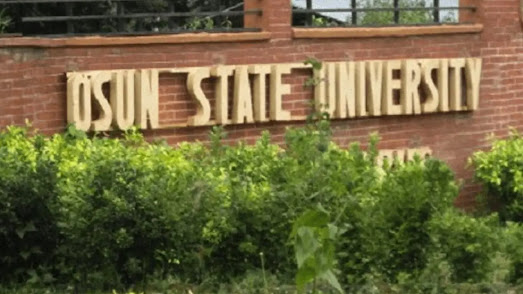 The Osun State University (UNIOSUN) has dissociated itself from a fraudster who has been claiming to be a consultant to the university on undergraduate admission.

The University in a statement signed by Ademola Adesoji, the UNIOSUN Public Relations Officer on Friday, warned admission seekers not to pay or enter into any agreement with this fraudulent individual.

According to the statement, “It has come to the attention of the University that a fraudulent individual by the name Mr. Ayobami with mobile number 07043916211, who claims to be a consultant to the University on undergraduate admission is extorting money from admission seekers and their parents.

“He is asking the victims to make payment into Palm Pay Account 9037043114 under the name Mr Victor Daniel.

“The University would like to put the record straight that the aforementioned individual is not in employment by the University. Osun State University is happy to state that our undergraduate admission is merit-based and at NO COST

“Admission seekers and their parents are therefore advised not to pay or enter into any agreement with this fraudulent individual.”

While warning that anyone who dealt with the fraudster does it at their own risk, the university revealed that it has reported him to security agencies who are currently taking steps to bring him to justice.