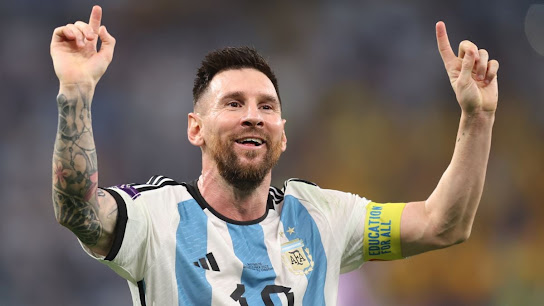 Lineker said this after Messi led Argentina to win the 2022 FIFA World Cup trophy ahead of France.

The former England international said it was an absolute privilege for him to watch Messi for nearly two decades.

Messi scored a brace as Argentina drew 3-3 against France in Qatar.

Argentina ended up beating France 4-2 in a penalty shootout to win their third World Cup trophy in history.

Reacting, Lineker, in a tweet via his Twitter handle, wrote: “It’s been an absolute privilege to watch Lionel Messi for nearly 2 decades. Moment after moment of spellbinding, breathtakingly joyous football.

“He’s a gift from the footballing Gods. So pleased that he’s lifted the ultimate prize in our sport.”