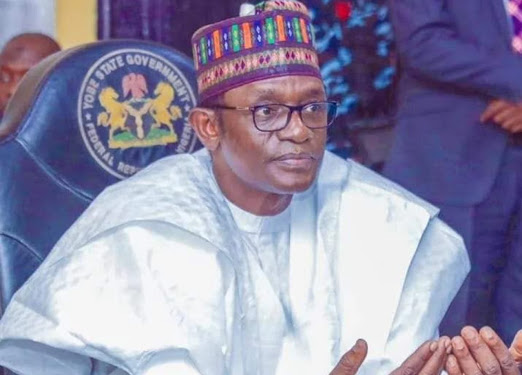 Governor Mai Mala Buni of Yobe State has signed a N163 billion budget estimate for the 2023 fiscal year into law.

The Governor, during the signing, reminded stakeholders that the budget tagged: “The Budget of Continuity, Consolidation and Economic Transformation” is expected to focus on the completion of ongoing capital projects across the state.

He further explained that the 2023 budget submitted to the state house of assembly has a total sum of N163,155,366,000 to cover recurrent and capital expenditures.

He, however, disclosed as part of its oversight function, the State Assembly has made some adjustments, thereby decreasing the total budget size to N163,005,366,000 from more than N163.5 billion.

He further explained that the recurrent and capital expenditures in the 2023 fiscal year stood at N87.8 billion and N75.1 billion, respectively.

Buni noted that the prompt passage of the 2023 budget by the State Assembly indicated a cordial working relationship between the two arms of government in the state.

He said, “The state will complete all the ongoing projects such as Damaturu International Cargo airport, Modern Markets and Potiskum Trailer Transit Park to boost the state’s internally generated revenue”.

According to him, his administration will also initiate new projects to create more job opportunities for people in the state, especially youth.

“I wish to appeal to all public office holders, civil servants, and contractors to continue to uphold the values of transparency, accountability, due process and financial discipline in the Implementation of the 2023 budget”, he added.