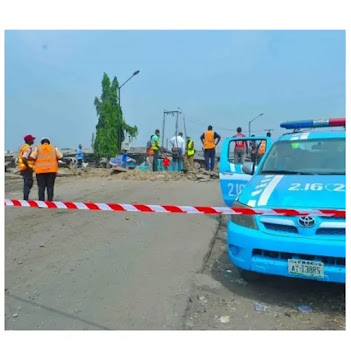 No fewer than two supporters of the All Progressives Congress, APC, in Ebonyi State on Wednesday died on their way to the party’s kick-off rally that took place at Iboko community in Izzi LGA of the state.

It was gathered that the supporters were involved in an auto-crash a few kilometres from the venue of the rally. The accident which claimed the lives of a man and a woman also recorded scores of injuries among the APC supporters who were in the vehicle heading to the rally.

An eyewitness, who spoke on the condition of anonymity to newsmen, said the accident occurred as a result of careless driving by the driver hired to carry the supporters to the rally.

“One of the drivers was driving carelessly, and unfortunately collided with another car in an attempt to overtake, without minding his life and the passengers’ safety as well,” the first eyewitness explained.

“The victims of the accident had been taken to the hospital, but two persons, a man and a woman died instantly. It was a painful experience today,” the source stated.

When contacted for confirmation, the Ebonyi State Police Command spokesperson, Chris Anyanwu did not pick up calls to his phone at the time of filing this report.