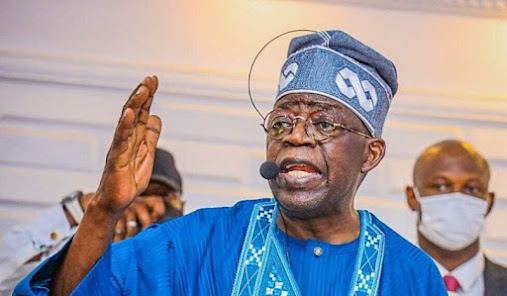 Bola Ahmed Tinubu, the presidential candidate of the All Progressives Congress, APC, has described his major opponents as those that cannot be trusted with the future of Nigerians.

He tagged Peter Obi of the Labour Party, LP, and Atiku Abubakar of the Peoples Democratic Party, PDP, as Mr. Stingy and Mr. Privatize respectively.

While lauding the people of Ondo State as always being a champion of progressive and people-oriented administration, Tinubu challenged the residents of the state to live up to that billing by supporting the APC in every way in the forthcoming election.

The APC presidential candidate stated this on Saturday while speaking at the campaign rally at Democracy Park in Akure, the state capital.

“The truth of the difference between my leadership and that of Mr. Obi lies in one observation. Although Lagos is crowded and Anambra has ample space, more people left Obi’s Anambra seeking a better life in Tinubu’s Lagos than left Lagos believing Obi had established a blueprint for growth in Anambra,” he said.

“My people, you cannot entrust your future or that of our nation to Mr. Sell Everything Atiku or Mr. Stingy Obi. But you can trust Mr. Progressive Good Governance Tinubu!”