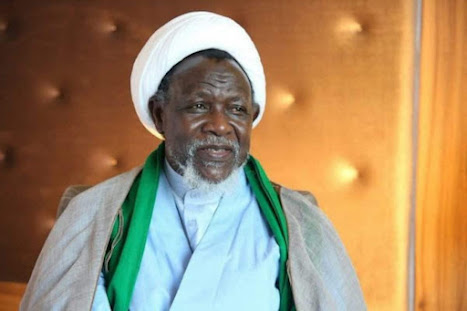 The leader of the Islamic Movement in Nigeria, IMN, Ibrahim El-Zakzaky has denied reports of him endorsing the Labour Party, LP, presidential candidate, Peter Obi.

El-Zakzaky described the viral reports of him endorsing Obi as a falsehood which should be ignored.

Reports claimed that the Shi’ite leader urged members of his movement to get their Personal Voter Cards, PVCs, and vote for Obi next month.

However, El-Zakzaky through one of his lawyers, Marshall Abubakar of the Falana & Falana Chambers, dismissed the rumours.

He also disclosed that “some presidential candidates” approached him for an endorsement but he refused.

“That is fake news. I can confirm to you that there is nothing of such, though some presidential candidates have reached out to him, he has refrained from endorsing any of them because he believes the 2023 presidential contest is bereft of ideological leaning,” Marshal told newsmen.