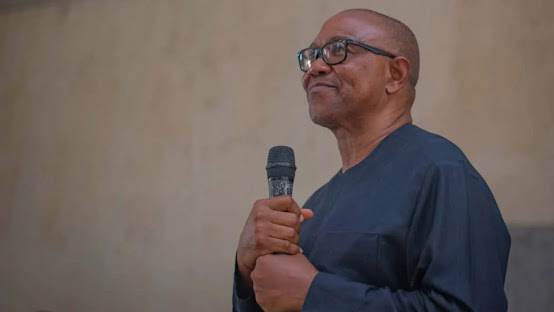 Labour Party Presidential candidate, Peter Obi, has called on the electorate not to vote for tribe but look out character.

Obi said this on Saturday in Akure at the town hall meeting to seek the support of the people of Ondo State in the February 25 election.

He explained that he and his running mate, Ahmed Datti were people with traceable backgrounds, saying if elected as president, Nigerians would be proud of their country and secured.

Obi, who said he was stingy but not corrupt, added that was why he could save the people of Anambra State as a governor.

“They said that I’m stingy, we want stingy people now so that we can keep the money. We want to make sure we use your money to transform the country.

“Don’t vote for tribe, if they say it is their turn, tell them it is your turn to take back the country. We are ready to save the country.

“This election is about character. You know our background, the school we went to, we don’t know their age,” he said.