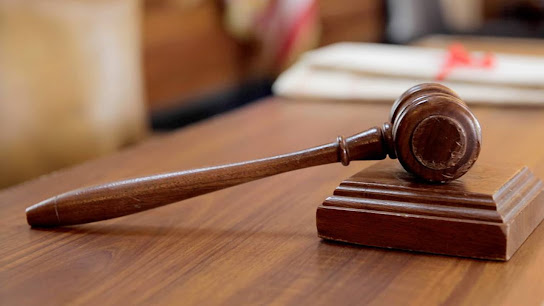 Justice Emeka Nwite of the Abuja Division of the Federal High Court, on Tuesday, dismissed a suit challenging the nomination of Muhammed Kumaila as the candidate of the Peoples Democratic Party, PDP, in the forthcoming Borno Central Senatorial District election.

Justice Nwite dismissed the suit brought by Mr Jubrin Tatabe for being incompetent and lacking in merit.

Tatabe had dragged his party, the Independent National Electoral Commission, INEC, Mr Muhammed Kumaila and three others to court alleging unlawful substitution of his candidacy in the February 25 senatorial election for the Borno Central senatorial seat.

The plaintiff had emerged winner of the May 23, 2022, primary election of the PDP for the Borno Central Senatorial seat.

He, however, in a letter dated July 14, 2022, voluntarily withdrew as the candidate of the PDP in the forthcoming senatorial election in Borno State.

Following, his withdrawal, the party then conducted a fresh primary on July 15, 2022, which then produced Kumaila as the candidate of the party.

The PDP accordingly submitted the name of Muhammed Kumaila to INEC, which the electoral umpire in turn published as the candidate of the PDP for the Borno Central senatorial election.

But in his suit marked FHC/ABJ/CS/1240/2022, the plaintiff alleged that contrary to the position of the defendants, he did not withdraw from the senatorial poll, adding that the letter of withdrawal including his signature was forged.

He, therefore, asked the court to set aside the said letter of withdrawal, sack Kumaila and declare him the authentic candidate of the party.

Delivering judgment in the matter on Tuesday, Justice Nwite agreed with the PDP and Kumaila that the case of the plaintiff was defective having been commenced through an originating summons instead of a writ of summons.

The judge held that the allegation of forgery is criminal in nature and must be proved beyond reasonable doubt.

In a criminal case such as this, the failure of the plaintiff to call witnesses to prove his allegations is said to be fatal to the case and the judge accordingly dismissed it.