Another man murdered in Anambra two days to wedding 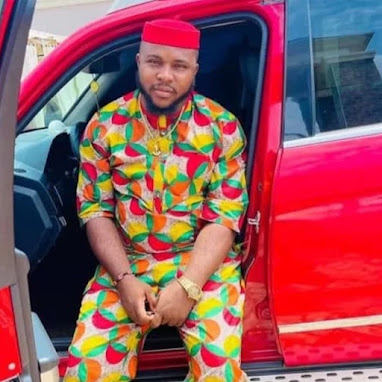 A young man known as Izuchukwu Charles Igweka has been murdered in Anambra State.

Izuchukwu was killed at a location within Ukpor Town in Nnewi South Local Government Area.

The incident occurred on Thursday, January 5, according to mourners on social media.

The deceased was preparing for his traditional wedding ceremony with fiancée Chinenye Linda Chukwuchekwa.

The event had been scheduled for Saturday, January 7 in Ezekwuabo Otolo, Nnewi North LGA.

One of his friends, Obi Chibuike Charles paid tribute as he recalled his last moments with Izuchukwu.

“It’s very hard to type goodbye bro but God knows the best, Nigeria has happened to you and Nigeria has failed you.

“Full of life yesterday, today you’re being laid to mother earth. Your traditional marriage is coming up next tomorrow which is 7th.

“We planned on how to shut down as usual but they came yesterday and took your life forcefully…Rest well my brother”, Charles wrote.

Early this week, a man was killed and dumped in his car at Nawfija community along Umunze road.