Bandits, kidnappers killed in gun battle with police in Bauchi 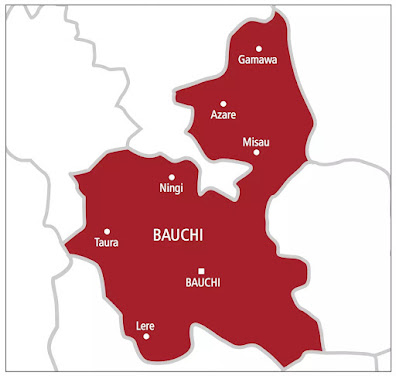 Several bandits and kidnappers have been killed during a gun battle with men of the Bauchi State Police Command at the Yankari Game Reserve Forest in the Alkaleri Local Government Area of the state.

Ahmed Wakil, the state Police Public Relations Officer in a statement on Wednesday, explained that two AK-47 rifles were recovered from the bandits by the command.

He further explained that during the daring operation, several bandits were neutralised and dislodged from their enclaves, while the remaining sprinted in disarray into the deep forest with possible bullet wounds.

The statement added, “In the same vein, the troops sustained patrol and clearance operations around the thick forests to arrest the fleeing suspects. Consequently, two AK-47 rifles were recovered during the operation.”

The statement stated that the command arrested two suspects that confessed to have kidnapped four people and camped them in the Yankari Game Reserve Forest and collected a ransom of N20 million.

The statement added that investigation revealed that the principal suspect, Adamu Muhammad, confessed to having participated in kidnapping activities in Kaltanga Village, where they kidnapped four people and camped them at Yankari Forest for about five days until the sum of N20 million was paid as ransom.