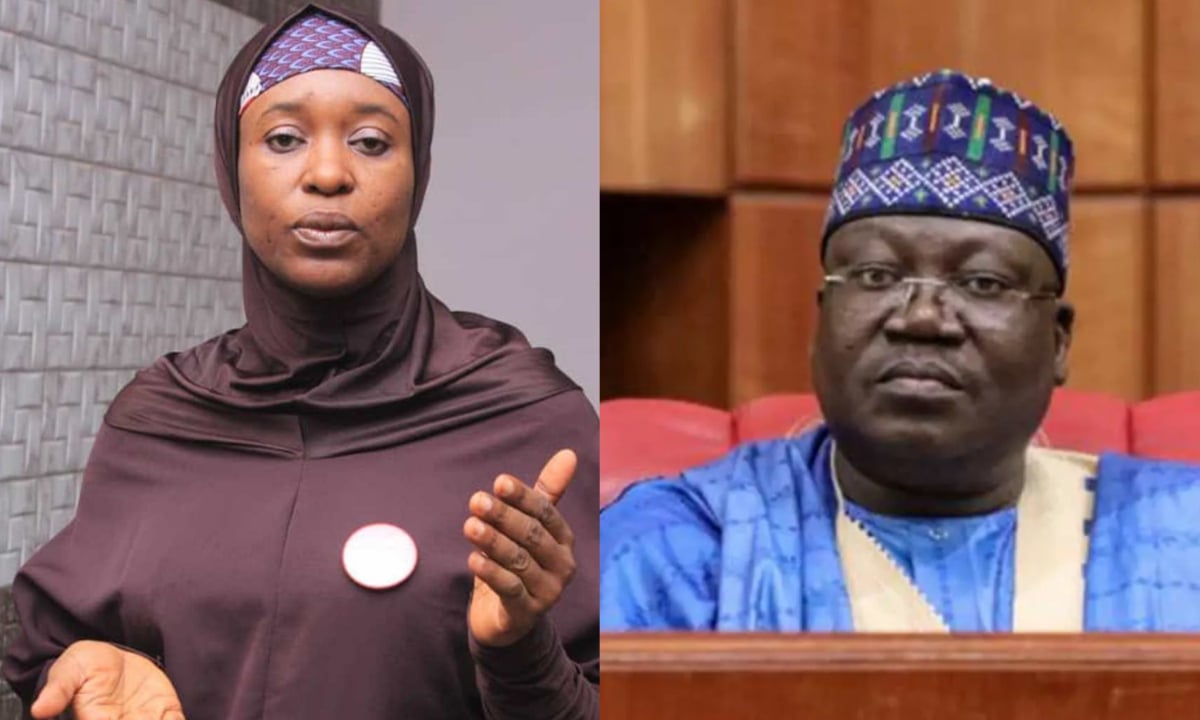 Popular Nigerian activist and social critic, Aisha Yesufu has attacked the President of the Senate, Ahmad Lawan, for saying the Peoples Democratic Party, PDP, allowed the Boko Haram insurgency to fester during its 16 years in power.

The social critic also said the All Progressives Congress, APC, had over seven years to tackle the insurgency but instead worsened it.

The Senate President had while addressing the Presidential Campaign Rally of the ruling APC, which was held in Damaturu Yobe State, alleged PDP rally, allowed Boko Haram to fester.

Lawan’s statement was signed by his Special Adviser on Media, Ola Awoniyi.

But reacting to the allegation by the Senate President, Yesufu said Lawan turned the National Assembly into “a rubber stamp Assembly”.

She wrote, “The Senate President who turned the National Assembly into a rubber stamp Assembly is accusing PDP when his own party has had over seven years to tackle the insurgency and have worsened it. Both APC and PDP are failed parties that should not be allowed into the corridors of power.”