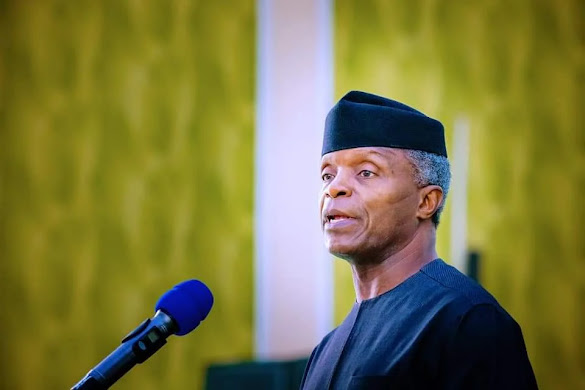 Vice President Yemi Osinbajo has contacted and consoled the husband and family of Mrs Bolanle Raheem, who was killed by a policeman on Christmas day in Lagos.

Recall that Bolanle, who was pregnant, was fatally shot on December 25 by a police officer attached to the Ajiwe Police Division in the Ajah area of the state.

Osinbajo contacted the husband and family on December 28 to condole and pray with them, even though aides said he has been away on vacation since Christmas Day when he preached at the Aso Villa Chapel.

The murder of Raheem on Christmas Day sparked reactions from Nigerians from different walks of life.

Osinbajo who made the call from his vacation, also assured the bereaved family of justice and prayed God to give them the fortitude to bear the loss.

NAN reports that the late Raheem was a member of the Olive Parish of the RCCG in Ikoyi, where Osinbajo was a pastor up until 2015 when he took office as Vice President.