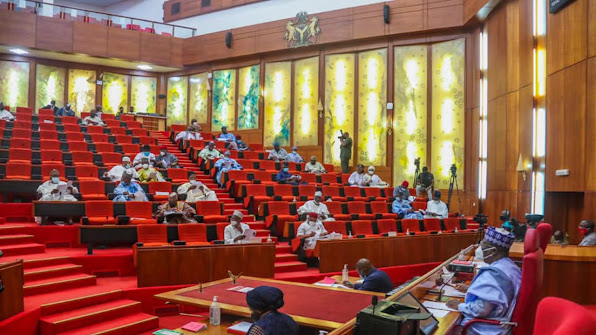 The Senate on Monday expressed disappointment over acts of some state assemblies that tended to frustrate the Local Government Autonomy proposal.

This is even as the upper legislative chamber passed 35 amendments at Tuesday’s plenary in Abuja for onward transmission to President Muhammadu Buhari for his assent.

The upper chamber disclosed that some state assemblies did not forward their resolution on the LG autonomy bills to date, thereby hampering action on it alongside other bills.

The upper chamber then directed the clerk to the National Assembly to transmit the 35 bills that have so far met the requirement of the provision of Section 9(2) of the Constitution to President Muhammadu Buhari for his assent in line with the provisions of the Acts Authentication Act.

The states were urged to do the needful “in fulfilment of their constitutionally imposed legislative obligation to the constitution amendment process.”

In a motion on passage of Constitution (Fifth) Alteration Bills 2023, sponsored by the Deputy Senate President, Ovie Omo-Agege (Delta Central) and co-sponsored by 66 senators, the Senate said that Section 9(2) of the Constitution of the Federal Republic of Nigeria 1999, as amended, provides that an act to alter the provisions of the Constitution can be passed only when it is supported by 2/3 majority of members of the Senate, and the House of Representatives, and approved by 24 State Houses of Assembly.

Saga Gist recalls that 68 bills seeking to alter provisions of the Constitution were presented on the floor of the Senate and the House of Representatives on Wednesday 23 February 2022 for passage.

The Senate and the House of Representatives approved 44 of the bills without difference and were transmitted to the state houses of assembly for their resolution on 27 March 2022.