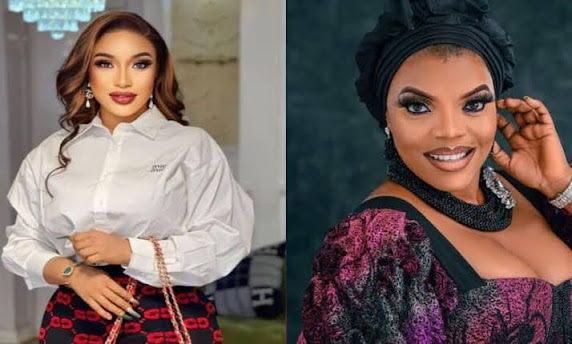 Njamah has been in the news for some days now after she alleged that her ex-boyfriend, George Wade was trying to blackmail her with her nude videos in his possession.

George followed through on his threats of releasing the nude videos and reportedly created a WhatsApp Group on the 1st of January 2023, New Year’s day, where he shared the actress’s nude videos.

But reaching out to the actress on Tuesday in a post shared on Instagram, Tonto advised Njamah to be cautious of the people she confides in during her most vulnerable time.

While encouraging Njamah, Tonto warned her not to accept help from people she described as “enemies in disguise.”

She wrote, “Dear Empress, I wish you strength, comfort and justice. This is your most vulnerable time, do not accept help from an enemy in disguise. I will be praying for you.”