Eight remanded in custody over armed robbery in Benue 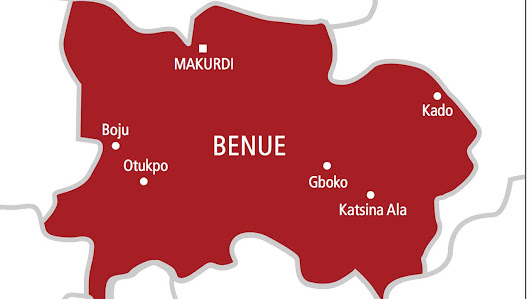 The Magistrate, Mrs Kadoom Gbasha, who did not take the pleas of the defendants when the case was mentioned, ordered the remand of the men in the correctional centre and adjourned the case until 23rd February.

Abugh said on the 30th of December, 2022, the case was transferred from Police Divisional Headquarters Adikpo to DZ Section, State CID, Makurdi, through a letter. No. AR:3100/BNS/AD/VOL.12/540.

He explained that on the 28th of December, 2022 men of the Nigeria Police Adikpo Division led by Insp. Clement Gbaa while on routine surveillance patrol on Adikpo-Ikyogen road ran into a gang of armed robbers who blocked the road and were robbing commuters of their valuables.

The prosecutor said the team courageously engaged, overpowered and arrested the accused at the scene.

He said during police investigation the accused confessed to the alleged crime, and also admitted to having attacked and robbed one Mr Kinsley of his K.C Sanyan 125 motorcycle, valued N400,000 along Adikpo-Jato-Aka road.

Abugh said the offences committed contravened Sections 6(b) and 1(1)(2){a)(b) of the Robbery and Firearm Special Provision Act 2004.

He said investigations into the matter were still ongoing and requested additional time for completion.