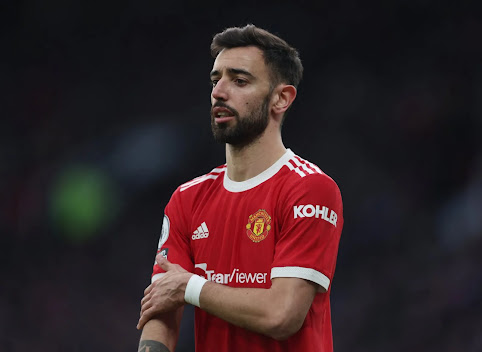 Manchester United star, Bruno Fernandes, has posted a rant on his Instagram account after feeling his comments about the Red Devils’ success this season were wrongly interpreted as an attack on his former club teammate Cristiano Ronaldo.

Fernandes has been widely quoted telling BT Sport after Man United’s Premier League derby 2-1 win over Manchester City on Saturday that: “[We] used to be individuals, now we are a team. You can see a proper team that works for each other.”

This was seen by many as a dig at Ronaldo, who left Man United in a controversial manner last November.

But Fernandes has now strongly denied this in a rant on his Instagram story.

He said, “I know that it is difficult to see Manchester United doing well, [but I] don’t have anything to [say] about us on the news apart [from] good things.

“Don’t use my name to attack Cristiano [Ronaldo]. Cristiano was part of our team for half the season and as I said in many interviews, everyone since Liverpool is being amazing and acting like a proper team and you can see the results. We carry on!”