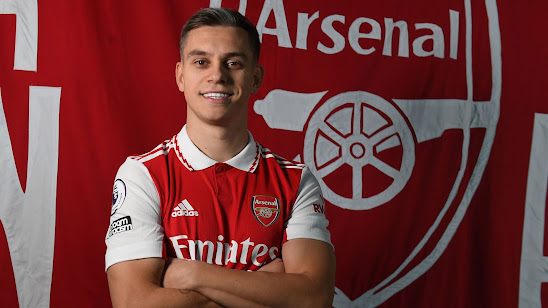 New Arsenal winger, Leandro Trossard, has spoken about his preferred position after completing his January transfer from Brighton.

Trossard has joined the Gunners in a £27m deal.

The Premier League leaders will pay £20m upfront with a further £7m in add-ons.

“I like to be in the pocket behind the striker. On the wings, I can explore myself as well.

“I’m comfortable in either of those positions but if I were to choose, behind the striker – but it all depends on the system.

“I think I’m good in 1v1s. I’m composed in the box, so if I get chances, I can finish them off,” Trossard told the club’s official website.

Trossard has registered seven goals and three assists in 16 league games this term.

The 28-year-old will be hoping to make his debut on Sunday against Manchester United.