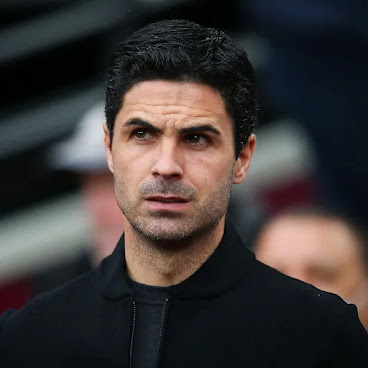 Former Chelsea star, Chris Sutton has slammed Mikel Arteta saying the Spaniard is acting like a clown during matches.

He fears the former midfielder could be banned and put the team in a difficult situation when they will be needing him the most.

Arsenal was held to a 0-0 stalemate in the Premier League on Tuesday, surrendering their 100% home record this season.

Arteta protested almost every decision made by the referee and sprinted to the fourth official at every turn.

He later slammed referee Andy Madley for not awarding penalties to the Gunners on two occasions, describing the ref’s decision as ‘scandalous’

Sutton told the Daily Mail: “There is a fine line between being passionate and a clown, and Mikel Arteta was the latter on Tuesday.

“Arteta was at it all game, protesting against every decision.

“Arteta is risking being suspended from the sideline when his team need him most.

“But it’s not a good look when your manager is acting like a clown.”