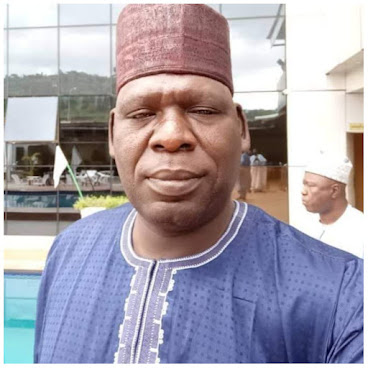 Governor Ahmadu Fintiri of Adamawa State has expressed his condolence over the passing on of the Chairman of the state Chapter of the Nigeria Union of Teachers (NUT), Rodney Nathan.

Rodney died on Tuesday at the age of 59 years after months of battling an undisclosed illness.

In a message passed to newsmen at noon of Wednesday by Fintiri’s Press Secretary, Humwashi Wonosikou, Fintiri described Rodney as a successful administrator and educationist who got to the top by a dint of hard work.

“Rodney Nathan would be remembered for his exemplary lifestyle. He was a man who demonstrated great commitment to the service of the Union and the new thinking of our administration towards the growth and development of the Education sector as reflected in the various leadership roles he played in the promotion of Cordial working relationships and revamping of Education in Adamawa State,” the governor said.

He added that the late NUT Chair was a decent and diligent unionist whose death is a major loss to his family, the Bwatiye race, and the Teachers Union in the North.

“We shall miss his frankness and wise counsel. He was consistent, principled and decent. Our prayer is that God will grant him eternal rest and grant the family the fortitude to bear the irreparable loss,” Fintiri said.

Saga Gist reports that Rodney who was otherwise highly visible and vocal had recently been largely off social circles around the state, and news of his death Tuesday afternoon confirmed fears that all was not well with him.

The most potent recent public sign that he was struggling with ill health occurred early last month when he collapsed during an event at the Mahmud Ribadu Square in Yola and had to be taken away.

Little was heard about him afterwards until Tuesday afternoon when it filtered that he had passed.

The death was not officially announced until the later hours of Wednesday morning when his Media Assistant, Fidelis Jokthan released a statement, saying that Rodney’s burial arrangement “will be announced by the family in due course.”

The statement recounted that the late Rodney was until his death, the Vice Chairman of the Nigerian Labour Congress (NLC) in Adamawa State apart from being the state NUT Chairman.