Hundreds of commuters stranded in Ado-Ekiti 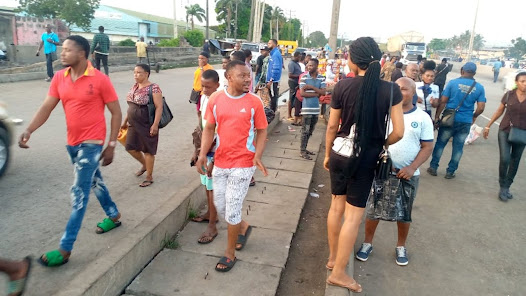 Hundreds of commuters today were stranded across Ado Ekiti, the Ekiti State capital.

Many market women found it difficult to transport their goods to their various destinations and other residents could not commute easily due to unavailability of commercial vehicles.

While speaking with a Radio Nigeria correspondent, some of the residents expressed worry that the reason commercial vehicles were not working, especially in the Ado Ekiti metropolis is unknown.

One of them, a staff of Ekiti State University, attributed the non-movement of commercial vehicles to scarcity of fuel in the state.

In his view, Mr Osho Adeola said the development might be a result of the Peoples Democratic Party, PDP, presidential rally today in Ado Ekiti.

However, the drivers’ union in Ekiti has attributed the non-movement of vehicles to prayers being offered by its members today.