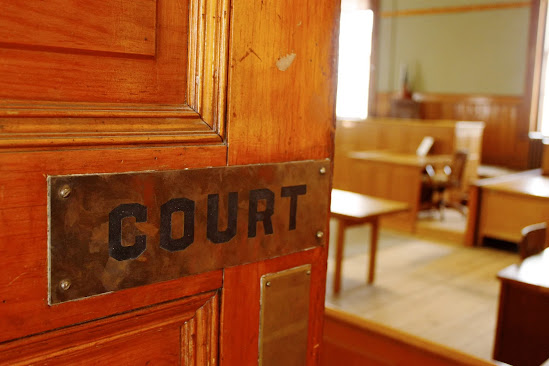 A commercial motorcyclist, Dayo Akingbade has told a Mapo Grade A Customary Court in Ibadan to dissolve his marriage to wife, Dapo on grounds of adultery.

Countering his wife’s allegation of being irresponsible, Akingbade claimed that Dapo cannot control her desire for adultery.

”My lord, the real reason Dapo left my home is because of her adulterous lifestyle.

“After a series of complaints about the fact that she was bringing different men to my house, Dapo’s mother assisted her to move her things out of my apartment.

“My total daily income is N3,000 as an Okada rider, so I might not be able to afford N30,000 monthly feeding allowance for the children.

“Besides, I have remarried since she left my home over a year ago,’’” Akingbade said.

Earlier, Dapo, who is a fashion designer told the court that she filed the suit because she was no longer willing to continue living as his wife.

”He never paid any bride price for my hand in marriage,” she said.

Delivering judgment, the court’s President, Mrs S.M. Akintayo held that there was no marriage to be dissolved between the petitioner and the respondent because of the absence of legal requirements of a customary marriage.

Akintayo said for any marriage to be recognised as a customary marriage under Nigerian law, there must be payment of bride price, capacity to marry, presentation of gifts and formal handover of the bride.

She added that none of the above listed was present in the union between Dapo and Akingbade based on the evidence tendered by them during testimony.

In addition, Akintayo awarded custody of the three children produced by the duo to Dap and directed Akingbade to pay N30,000 as the children’s monthly feeding allowance which must be paid to the court’s registrar on or before the end of every month, beginning from January 2023.

The President of the court granted the order restraining Akingbade from threatening, harassing, molesting and interfering with the private life of Dapo henceforth.

She also directed both of them to be jointly responsible for the education and other welfare of the children.

Akintayo further ordered the petitioner never to hinder the respondent from having access to the children and advised them to maintain peace and order.