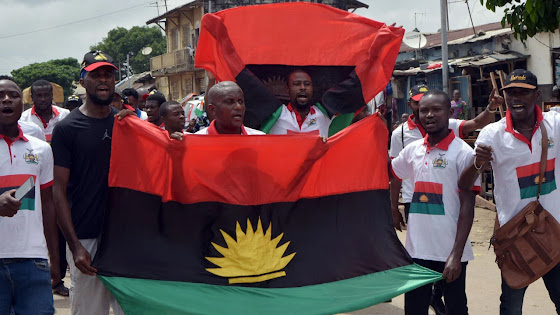 The Indigenous People of Biafra, IPOB, has alleged that Nigerian security agencies are the unknown gunmen terrorising the Southeast.

Emma Powerful, the spokesman of IPOB accused the Nigerian security agencies of killing Nigerian youths who returned to spend Christmas with their families in the Southeast.

He stressed that the targeted killings were aimed at portraying the Southeast as unsafe before the world.

Powerful alleged that Nigerian security agencies, in conjunction with Ebubeagu carried out the killings in the Southeast and blamed it on the Eastern Security Network, ESN.

A statement by Powerful reads: “IPOB under the leadership and command of Mazi Nnamdi KANU condemn the massacring of Biafra citizens by Nigeria Government’s compromised Security Agencies while deceiving the public that the killers are unknown gunmen and IPOB.

“Nigerian Government and its compromised Security Agencies have made this year’s Christmas a season of human harvest, killings, and displacement of peaceful Igbo communities. Nigeria Security Agencies target Igbo youths who returned home for Christmas for the massacre to portray Igbo land as unsafe.

“All the killings of Ndigbo and displacement of communities were done by Nigeria Security Agencies and Government sponsored Ebubeagu, who later blamed it on unknown gunmen and ESN operatives. Nigeria is killing Biafrans.”

Powerful also accused Nigerian soldiers of carrying out banditry in the Southeast.

“Nigerian soldiers are doing banditry in the East, claiming to be unknown gunmen. A few days ago, Nigeria Army moved into Okigwe villages and murdered some persons and forced people to desert their communities this festive season,” he added.