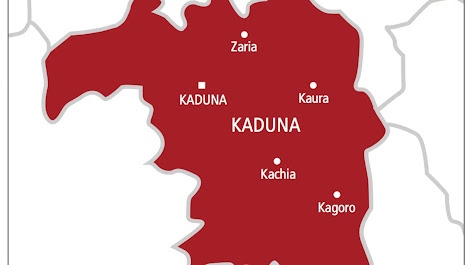 Kaduna residents on Wednesday besieged banks demanding the new currency notes lamenting that traders of all essential commodities have rejected the old notes for business transactions.

Saga Gist reports that while some lucky customers received the new notes in exchange for the old currency, others were sent away and advised to deposit them until the availability of cash.

Suleiman Ayuba who sells food items at the Kaduna central market said he went to change his N700,000 for new notes but was advised to open an account and deposit his money,

Speaking in anger, Ayuba said “I need the money for business, I need to buy more goods to sell but they refused to change it and I left.”

Rose Moses a petty trader said she also deposited 500,000 in her account but was denied withdrawing all her money when she visited the bank the next day.

“I deposited the money and went there to withdraw the money the following day. But, the manager told me, they don’t have cash at hand. This is my business money.”

Moses James, a taxi driver said he refused to accept the old notes since Monday because he has no bank account.

However, a bank manager in one of the commercial banks visited said in confidence that the branch does not have enough supply of the new notes from the CBN.

He said they only give the new notes to their bank customers first before exchanging them for others.

He said he ordered the staff at the counter to attend to only customers and directed those in need of new currency to first open an account with the bank and deposit their money and hope to withdraw the new notes.