Many escape death after trailer crashed in Bauchi 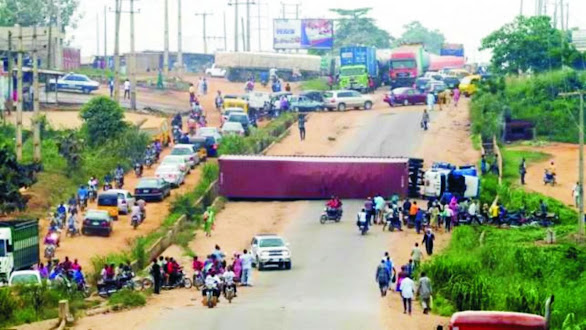 Many people escaped death on Thursday morning at Nahuta in Darazo Local Government Area of Bauchi State when a trailer loaded with ginger skidded off the road and crashed, spilling its content on the road.

A source said that the incident occurred when the truck driver allegedly slept off while driving and lost control thereby resulting in the mishap.

He said: “The trailer took off with its content from Kafanchan in Kaduna State and was heading to Maiduguri, Borno State.”

The source explained that no death or serious injury was recorded during the accident.