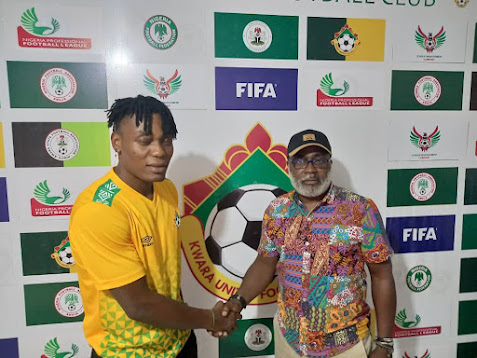 Kadiri left Kwara United for a Lebanese club, Al-Ahed last season and has decided to pitch tent with his former club again.

The forward completed his medical in Ilorin on Thursday as well as other registration requirements for the new season.

Kadiri has been training with the Ilorin club for the past two weeks.

The former Lobi Stars player will take the place of another forward, Wasiu Jimoh, who is expected to join Zambian Premier League club, Zesco United in the coming days.