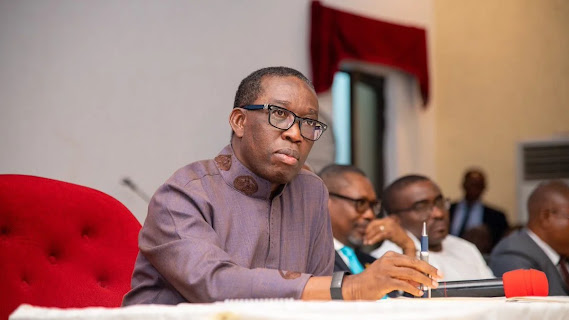 The Governor of Delta and Vice President candidate of the Peoples Democratic Party, PDP, Ifeanyi Okowa, has lamented the senseless murder of a medical doctor, Uyi Iluobe, in a healthcare centre in Delta.

The deceased was allegedly attacked and murdered by his patient’s relatives at a hospital in Oghara town in Ethiope West Local Government Area of the state.

Saga Gist reports this in a statement by Okowa’s Chief Press Secretary, Mr Olisa Ifeajika, in Asaba, on Tuesday. The governor said that the murder of Iluobe was barbaric and reprehensible.

According to Okowa, Deltans should not condone the unprovoked killing and murder of a talented young man.

“As a government, we will support the security agencies to do everything possible to unearth those behind his killing and bring them to justice,” he avowed.