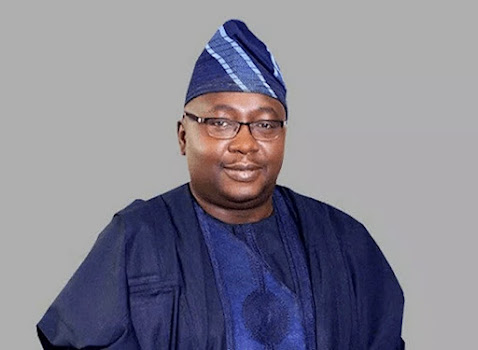 Adebayo Adelabu, the gubernatorial candidate of Accord in the 2023 general elections in Oyo State, has said that any governor owing workers salaries has committed crime against humanity.

Adelabu made this declaration on Tuesday in Ibadan, the state capital.

The former Deputy Governor (Operations) Central Bank of Nigeria (CBN) spoke during a town hall meeting organised by the Political Commission of the Nigeria Labour Congress (NLC), Oyo State chapter, tagged “One on one with Oyo Workers”.

Saga Gist reports that the event was attended by scores of labour leaders in the state.

The Accord candidate, while addressing the workers, insisted that every worker deserved to be paid salaries for work done.

He explained that it is a crime to owe salary.

He added that salary payment is not an achievement for any governor, because every worker who has worked deserved to be paid at the end of every month.

He spoke further by saying that any governor who owes workers has committed crime against humanity.

He then urged the electorate not to vote for candidates who lacked financial, material and human management skills.

He added that candidates who do not have the required knowledge to rule cannot take the state to greater heights.

He decried the use of salary payment as an achievement by some politicians, saying it was wrong to use such as a selling point.

He added that he enjoyed prompt payment of salary, hence he will not use it to campaign.

Adelabu said, “Any Governor who owes workers has committed crime against humanity.

“I will never owe workers because I have never owed any worker.

“I enjoy regular payment of salary as a worker and I never owed any of my over 3,000 workers salary.

“Salary payment is not an achievement or selling point”.