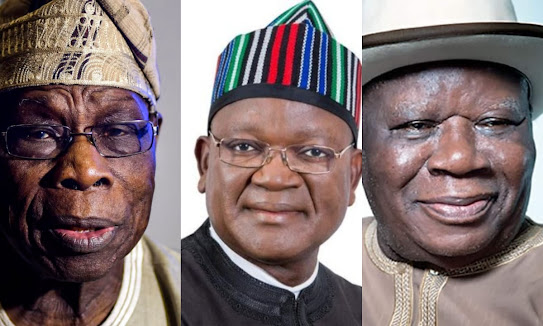 Recall that Obasanjo, Ortom, Clark and other individuals had in the last few days, declared Peter Obi their preferred presidential candidate for the coming poll.

Reacting, the coalition in a statement issued on Wednesday by its President General, Goodluck Ibem, said the move by the patriotic Nigerians showed that they mean well for the country.

According to the coalition, those kicking against the endorsement are in support of the country’s current economic and security woes.

“Anyone who is against these men of good conscience is just telling Nigerians that he/she is comfortable with the price of fuel selling at N600 per litre, exchange rate of N720 for $1, insecurity and other social vices that have taken over the entire nation.

“We commend the boldness of Governor Samuel Ortom, Chief Olusegun Obasanjo, and Chief Edwin Clark to say the minds of Nigerians who have no means of doing so”, the statement added.