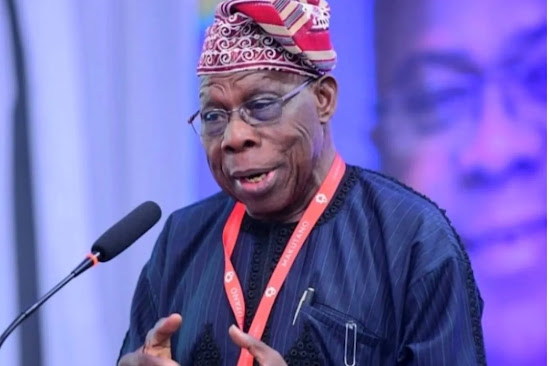 The Buhari Media Organisation, BMO, has called on former President Olusegun Obasanjo to keep his political opinions to himself, as they have a history of being “faulty, erroneous and self-serving”.

BMO, in a statement jointly signed by its Chairman, Niyi Akinsiju, and Secretary, Cassidy Madueke, stated that Obasanjo had “more often than not provided political directions to the country that suited only his selfish interests and not the interest of the nation.”

According to the group, the former President “is notorious for pursuing self-centred ambition masked as national interest”, adding that it is on record how he had made attempts to push, mainly his ambition through the backdoor.

The group also faulted Obasanjo’s latest endorsement of Peter Obi, the presidential candidate of the Labour Party, LP, arguing that Obi has no substance or clear vision for the country.

While urging eligible voters to key into the testimonials of the presidential candidate of the All Progressives Congress, APC, Bola Ahmed Tinubu, the group said he has a verifiable record and a vision for renewed hope for Nigeria.

It further added that Tinubu’s achievements and testimonies from Lagos State are strong indications of his capacity to steer the country in the right direction.

Part of the statement read: “The former President, in the pursuit of his selfish ambition, threw caution to the wind and endorsed the man he once swore never to support”

“Former President Obasanjo’s latest endorsement of the overhyped Mr Peter Obi, a candidate with no substance or clear vision for the country, whose track record of failure has left a foul stench still suffocating the people of Anambra, follows the Obasanjo pattern of directing Nigerians to the pit of hell because he does not have the keys to heaven.

“His political judgment is highly faulty, always erroneous, and naturally self-centred. “We urge eligible voters to key into the testimonials of the Presidential candidate of the All Progressives Congress (APC) who has a verifiable record and a vision for renewed hope for Nigeria.

“Asiwaju Tinubu is the only candidate that offers two good deals for the price of one vote: he will build on the solid foundation that President Buhari has put in place, which is evident to all Nigerians; and he would also usher in a renewed vigour in APC’s progressive agenda.”