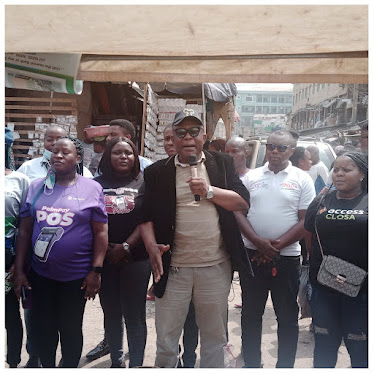 The Central Bank of Nigeria, CBN, has described rumours trailing the new naira notes as unreal, revealing that the notes are of international standard.

There have been rumours of the new notes being weak, dyed, and also substandard. This has led to most traders rejecting the notes for transaction, insisting on the old ones.

The branch controller, CBN Awka, Mr Benedict Maduagwu stated this on Thursday, during a sensitization event at Onitsha Main Market, Anambra State, to bring traders up to speed about the decisions of the bank, regarding the new notes.

He said the rumours were untrue, and also gave reasons for the redesigning of the notes, including defacing, counterfeiting, and illegal storage of the old notes outside the banks.

Onitsha Main Market is reputed to be the largest market in West Africa.

Maduagwu said: “Statistic shows that 84.71 percent of currency in circulation are outside the vaults of commercial banks, with only 15.29 percent in the Central Bank and commercial banks’ vaults.

“Second, is the worsening shortage of clean and fit banknotes with attendant negative perception of the CBN and increased risk to financial stability.

“Third, there is increasing ease by criminals and risk of counterfeiting, evidenced by several security reports received at the Central Bank of Nigeria.

“The benefits of the currency redesign to the Nigerian economy are enormous. This policy will help to control inflation as the exercise will bring the hoarded currency into the banking system, thereby making monetary policy more effective.

“It will also help with better design and implementation of Monetary Policy as we would have much more accurate data on money supply and monetary aggregates. We believe that this exercise would help in increasing financial inclusion, moving towards a more cashless economy, and ensuring greater formalization of the Nigerian economy.”

He also added: “The currency redesign would assist in the fight against corruption as the exercise would rein in the higher denomination used for corruption, and the movement of such funds from the banking system could be tracked easily.”

The chairman of the market, Mr Innocent Ezeoha complained that despite the short deadline, commercial banks are not dispensing the new notes yet, to customers.

The state director of National Orientation Agency, NOA, Charles Nworji said the agency is set to move into communities to sensitize rural people about the new notes. NOA, he affirmed, will spend two weeks on the task to ensure that traders deposit their old notes on or before January 31, which is the deadline.