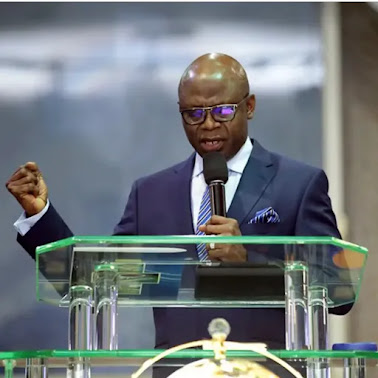 Ajiboye charged Pastor Bakare to steer clear of politics and stick to his pastoral duties because he’s deceitful.

Pastor Bakare, a former APC presidential aspirant, had urged Nigerians to vote out politicians who see the presidency as their entitlement.

Referring to the APC presidential candidate, Bola Tinubu’s comment, ’emi lokan’, which means ‘it’s my turn’, Bakare said it is the turn of frustrated Nigerians.

Responding, Otunba Ajiboye said Bakare should stop arrogating the position of Aristotle of politics to himself.

In a statement he signed, Ajiboye likened Bakare to an “ordinary man on the street without any political clout.”

According to Ajibola, Bakare’s loss at the APC primaries showed that he has “zero personality, zero popularity and zero leadership.”

“This is the same man who deceitfully told the world as if God spoke to him that he was going to be the next President after Buhari, then went into the primaries of the party he belonged to, and nobody could vote for him.