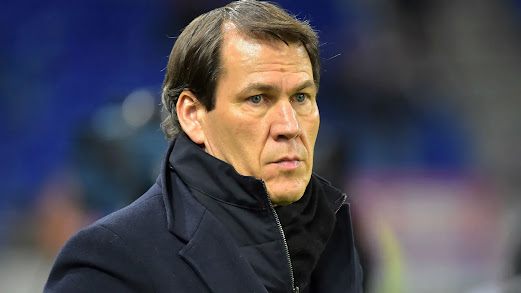 Manager of Al Nassr, Rudi Garcia has risked Cristiano Ronaldo’s wrath following his comment about signing Lionel Messi instead of the Portuguese.

According to Metro, the manager risked getting off on the wrong foot with the Portugal captain even though his comment was clearly a joke.

The 37-year-old football icon is now awaiting his medicals and debut for the Asian side after signing a two-year contract.

Ronaldo is expected to take the Saudi Pro League by storm, but Garcia may be playing with fire with his such comments before his new superstar arrives.

The former Real Madrid and Juventus man may well not be bothered by the comment but it is obvious that Ronaldo does not accept being placed as second option.

The two-year contract with Al Nassr is expected to make Ronaldo the highest-paid player ever, earning around £173m-per-year.

CBS Sports reports that of this total salary, £62m will be for playing football, whilst the remaining £111m will be paid for commercial deals and image rights.