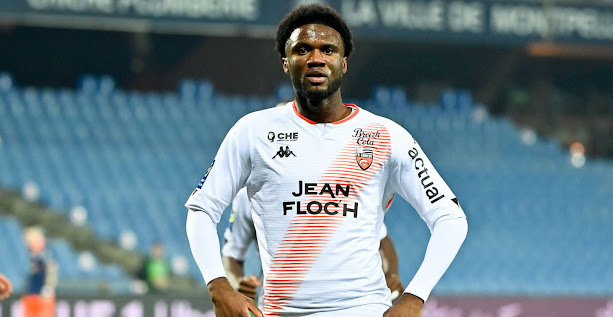 Ligue 1 club, Lorient will only consider offers in the region of €25m for their forward, Terem Moffi.

Moffi is a subject of interest from Premier League clubs, with multiple sources claiming Southampton have opened talks with his representatives over a transfer this month.

Lorient are willing to sell the striker after they turned down very tempting offers for him last summer.

Moffi has scored 10 goals in 16 league appearances for Les Merlus this season.

The Nigeria international also has an impressive scoring record since linking up with Lorient three years ago, scoring 32 goals in 85 league games

The Saints have struggled in front of goal this season and fell to a 1-0 home defeat against Nottingham Forest on Wednesday night, with another Nigerian, Taiwo Awoniyi scoring the decisive goal.