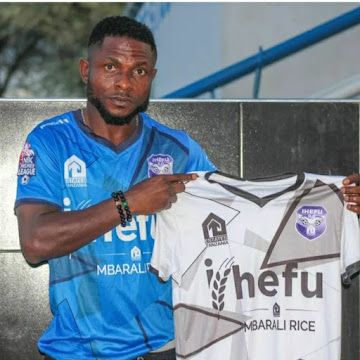 Tanzania Premier League club, Ihefu FC have announced the arrival of Nigeria midfielder Nelson Okwa on loan for the remainder of the campaign.

The petite midfielder linked up with Simba from Nigeria Premier Football League champions, Rivers United last year but was unable to secure a regular playing berth at the club.

His wages will be paid by both Ihefu and Simba.

Ihefu confirmed his arrival on social media on Wednesday.