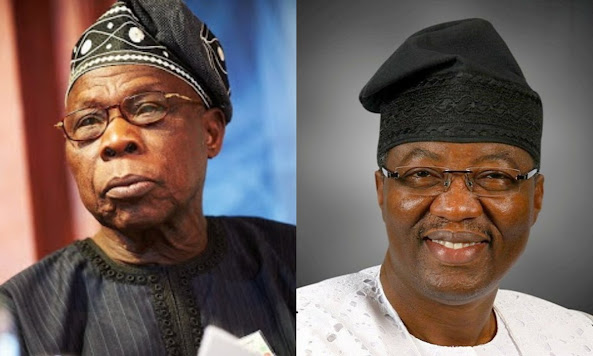 Former President Olusegun Obasanjo and a former governor of Ogun State, Gbenga Daniel, have entered an agreement to jointly provide potable water for their businesses in Abeokuta.

Water scarcity has been a major problem in many parts of Abeokuta, because of the rocky nature of the ancient city.

Saga Gist reports that Obasanjo, the owner of the Olusegun Obasanjo Presidential Library (OOPL) and Daniel, the founder of Conference Hotel have both struck a deal to solve the water challenges facing their companies.

Our correspondent reports that the two organizations are situated opposite each other at Okemosan area of Abeokuta.

Obasanjo who spoke on Saturday at the commissioning of a 1.5 million litre water project at the OOPL said he decided to strike a business deal with Daniel’s Conference Hotel on water after his intervention in the power challenges.

Obasanjo said the decision to partner with Daniel’s company was to ensure more employment is provided by both companies.

The former President said he resorted to solar power and create a dam within the complex of the OOPL with a view to providing clean water to the facilities and extend it to others, including Conference Hotel.

Obasanjo said, “the capacity of the water scheme is 1.5million that serves the OOPL facilities, the OPIC and Conference Hotel.

“When the prices of diesel went up, it really became problematic; but, we must remain in the business. So, the idea of going solar came.

“I think whatever we can do is to make Abeokuta, the living and the lively place, and we make Ogun State a big gateway state for development in Nigeria.

“Whatever we can do, we should always do on our part to create employment.”

On his part, Daniel lauded Obasanjo for the gesture, saying OOPL and Conference Hotel are not competitors.

Daniel recalled that he was the first Chairman of the committee of the OOPL, describing the services being provided by the two companies as complementary.

He said, “Our dream is quite big that Abeokuta, the capital of Ogun State has the central responsibility, not only in the south west, but in the entire Nigerian states, and that is the part of the vision baba had in putting together the initiative of the library to have a location that everybody will come and have opportunity for research and development and process that will help them for accommodation.