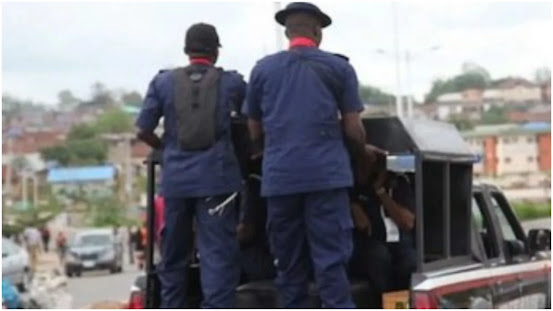 The Zamfara State command of the Nigeria Security and Civil Defense Corps (NSCDC) says it recorded 711 cases in 2022.

This was disclosed to newsmen in Gusau, the State capital on Friday by the State commandant, Muhammed Bello Mua’zu.

He said that 28 bandits’ informants were also arrested in the year under review.

“The Corps achieved these through a robust synergy with other sister agencies; relevant stakeholders have also assisted the Corps to carry out their constitutional responsibilities.

“We also mediated in civil matters with the sole aim of restoring peace and normalcy to the State.

“In the year 2022, a total of 711 cases were received by the various units of the Corps, out of this number, 168 cases were treated by the intelligence and investigation unit, while 223 cases were handled by the anti-graft unit,” he said.

According to him, 320 of these cases were received by the Peace and Conflict resolution Unit of the Corps, pointing out that a total of 44 cases were prosecuted accordingly in the State.

Speaking further, the commandant said that in fighting the war against insecurity, the Corps in the same year intercepted supplies of about 160 motorcycles meant for bandits in Zamfara State.

“Supplies of premium Motor Spirit (PMS) meant for bandits were also intercepted in large quantities during the stop and search operations by the Corps in the State.

“There are many items intercepted meant to be supplied to the bandits, which include intoxicants such as hard drugs, alcohol and other dangerous substances.

“The Corps in 2022 arrested vandals of cable worth 12 million Naira in Gusau metropolis, part of the cable was recovered from the criminals and they were prosecuted and sent to remand homes,” he added.

He stated that, “The Corps also recovered the total sum of one hundred and nineteen million, seven hundred and twenty four thousand, eight hundred and eighteen Naira only (119,724,818.00) through the graft-unit of the Corps.

“These which were monies that were fraudulently obtained by fraudsters and debtors; the monies were given to the rightful owners in due time”