The Niger State Governor, Alhaji Abubakar Sani Bello has received the COVID-19 vaccine alongside his Deputy, Ahmed Ketso and members of th... 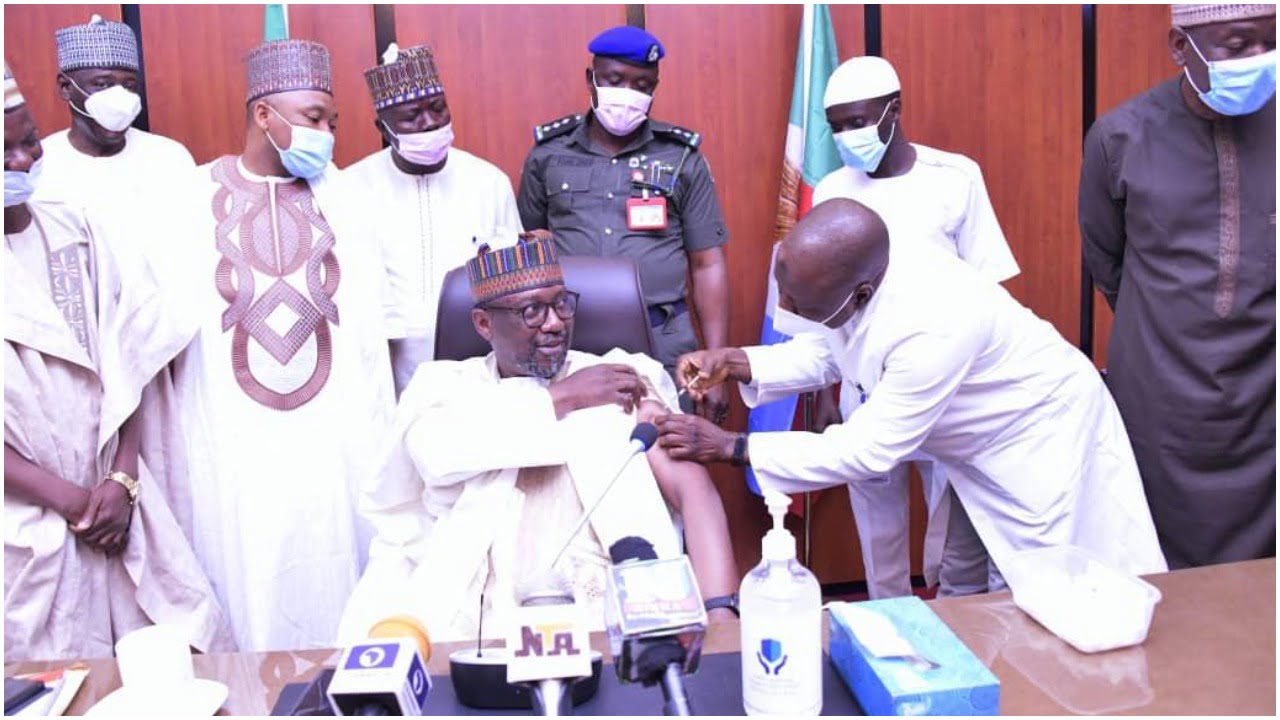 The Niger State Governor, Alhaji Abubakar Sani Bello has received the COVID-19 vaccine alongside his Deputy, Ahmed Ketso and members of the state executive council.

Bello said it is necessary to take the COVID-19 vaccine to prevent the surge of the virus.

The governor explained that they were only taking the vaccine at the prompt of the state Commissioner for Health and the Executive Director of the Niger State Primary Healthcare Development Agency.

“Before receiving the vaccine, he stated, “Although no one is scared of being vaccinated, everyone is concerned about the genuineness of the vaccine. We have no choice but to receive it if you insist and only if you insist that we do the vaccination, we have no choice but to take it. Not because we want to but because you are insisting. Because the Commissioner for Health and the Executive Director NSPHDA insist.”

“We will start with the Commissioner of Health, then the ED NSPHDA, then the Governor and the Deputy and all other Council members.”

The governor further said taking the vaccine would convince people of the state of the safety of the vaccine, adding that he does not anticipate any problem from the inoculation as the vaccine has been certified safe.

Earlier, the Commissioner for Health, Dr Muhammad Makunsidi explained that the state received the first batch of 74,110 doses of the COVID-19 vaccines, which would be administered on one percent of the estimated population of Niger State.

He also said frontline health workers have received the vaccine while assuring the Governor and his executive council that the vaccine is safe to use as it has gone through a lot of clinical trials.

The Commissioner, the issue of fake news surrounding COVID-19 and its vaccines have been a challenge but we are assuring the people that the vaccine is generally safe and efficacious. It has been verified safe.”