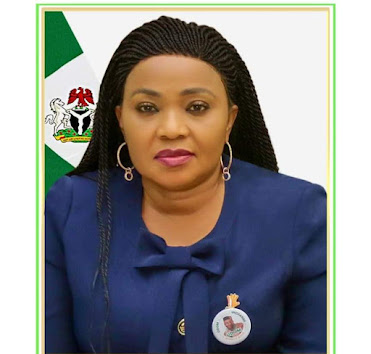 The Akwa Ibom State Commissioner for Education, Mrs. Idongesit Etiebet has urged female journalists in the state under the auspices of the National Association of Women Journalists, NAWoJ to engage in more investigative reporting to stand out among their male counterparts.

The Commissioner also urged the women to ensure they are fair, balanced and truthful in their reports to project the state progressively.

The Commissioner said, “the female journalists should show their male counterparts how to be fair in doing investigative journalism, how not to report what you are not sure of and avoid character assassination as we see on social media.

“Your reports can make or mar the society. If you want to mar society, it is to report half-truths or a complete lack of truth. As women, you should do better and you are expected to do like three times better than men to be seen. It is disheartening to see a group of people reporting lies as if they are truths, as women let us stand out from that position.”

Etiebet added that Akwa Ibom has been adjudged as the second-best in Foreign Direct Investment and urged NAWoJ to maintain the status quo by reporting positively about the state so that prospective investors will not be scared away.

Reacting to the lineup programmes of NAWoJ which included boy child advocacy among others, the commissioner disclosed that the state government is beaming its focus on the improvement and Advancement of the Boy Child whom she said have been neglected for some time adding that analysis carried out in schools showed that the girl child who receives more attention is doing better in academics than the boy child.

Speaking earlier, the Chairman, NAWOJ, Akwa Ibom State Council, Okon reeled out the activities to mark the Executive’s 100 days in Office including advocacy for the Boy Child, visits to schools in the three senatorial districts to speak to the boy child, visits to village heads to sensitize the people on the essence of parents to take good care of their male children, a one-day training for women Journalists on gender-based reporting and thanksgiving service for a successful elections