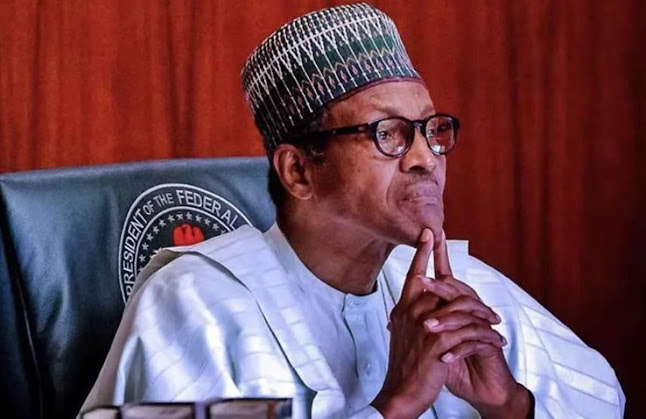 Professional healthcare providers under the auspices Medical and Health Workers’ Union of Nigeria (MHWUN) have berated the federal government for failure to address the demands raised by unions within the university system.

The union said it is most heartbreaking watching the presidency feigning ignorance to the demands raised by the unions, while the political actors are busy aspiring to occupy leadership positions.

In a joint statement signed by MHWUN’s National President Com. Biobelemoye Josiah and Com. Auwalu Yusuf Kiyawa, Acting Secretary General respectively, they insisted that the government must meet the demands of the unions if it hopes to salvage tertiary education from imminent collapse.

Saga Gist recalls that members of the Academic Staff Union of Universities ASUU, Non Academic Staff Union of University and Allied Institutions NASU, National Association of Academic Technologists NAAT among other unions have been on strike owing to alleged discrepancies in implementation of the Integrated Personnel Payrolls and Information System IPPIS including other issues bothering on infrastructural development.

The union on Sunday, insisted that they are in solidarity with the proposed national strike by the Nigeria Labour Congress as their members have been put on red alert to hit the streets once a date is agreed on.

Recall also that NLC had issued a notice to mobilise its affiliate unions for a nationwide solidarity strike with ASUU but was yet to carry out the threat.

Throwing its weight behind the struggle, MHWUN said, “we have followed with a keen interest the ongoing industrial impasse in the country’s public tertiary institutions, which had led to their closure since 14h February, 2022 and the lethargic response of the government in addressing the problem.

“The ASUU, NASU, SAUTHRIAI, NAAT had been on strike for more than five months due to the apparent failure of Government to sign the re-negotiated 2009 Agreement with ASUU, failure to honour the terms reached at the May 2021 MoU signed with ASUU, and habitual failure of Government to respect Collective Bargaining Agreements willingly signed with Unions.

“Also in contention is the refusal of the government to adopt the home-grown innovative solutions provided by the Unions in the payment of University Workers’ Salaries.

“It is equally disheartening to note that since the unfortunate strike started, Government actions and response to such a huge national embarrassment had been more of “motion without movement”. If anything, Government response has not gone beyond the watery statement of “We are meeting with the Unions…” or the usual out-dated tactics of blackmailing Union leaders as in similar situations.

“No responsible Government would close down its Public Tertiary Institutions in this 21st century because of patriotic demands for a better funding of its universities and good welfare for its teaching and non-teaching staff. This is shameful.

“The Leadership of Medical and Health Workers Union of Nigeria is particularly irked that the Federal Government and the political Actors have abandoned the children of the poor masses at home to waste away, instead they are seen dissipating energy and resources that could have been used to resolve the issue to fund political tussle to occupy plum offices that previous occupiers have failed to use for the benefit of the masses.

“We are more worried with the development because the academic future of the Citizenry is being disrupted whereas the politicians and top Government officials have their children mostly in well funded and equipped oversea schools or in relatively expensive private schools in Nigeria.

and bring back these children to the classroom.

“We condemn in strong terms the lethargic attitude of the government in resolving the issues in contention.

“In order to protect the future of our youths whose academic life is being disrupted, we call on the Government to

implement without further delay all the agreements it had entered with the Unions. We urge the relevant MDAs to ensure that President Muhammadu Buhari’s earlier directive to resolve all outstanding issues with the Unions is

backed by immediate acceptable action that would end the stalemate.

“MHWUN wishes to use this medium to unequivocally state that we firmly stand behind the University based Unions and the clear position of NLC leadership in this historic struggle.

“Our State Councils have been put on a red alert, as we will not hesitate to declare a solidarity strike in support of

the Unions if the government fails to resolve the issue within a reasonable time”.

Country. Human lives have become so cheap and without value.

Josiah said Nigerian workers are no longer safe both at their homes and at work places, as many have lost their lives to these enemies of state.

“We, therefore, demand for a resolute action from the gvernment to end this degrading assault on the sovereignty of our Nation.

“We equally condemn the current scarcity of diesel, cooking gas, petrol and aviation fuel, and the rising wave of arbitrary prices all over the country.

“This pathetic development has further exposed workers whose salaries and income has already been eroded by inflation, to greater hardship. The situation reinforced the earlier call by the organized Labour for a resolute

action on domestic refining of petroleum.

“To our Union, there is no better time to end the madness of petrol importation than now.

“Finally, as political activities are hitting up, it has become obvious that the same political Actors that have brought us anguish, hunger, pains, death, social and economic woes are seriously preparing to return to power. We

wish to state that it will no longer be business as usual.

“We wish to reiterate our earlier call to all our members across the country to ensure they register and obtain their PVCs and wait for further directive from the Leadership of the Union as Nigerian Workers’ are prepared to take back their country from the economic buccaneers,” the statement added